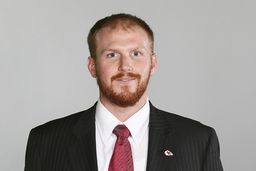 KANSAS CITY, Mo. (AP) The Kansas City Chiefs will pay for ongoing medical treatment and other expenses for a young girl who was seriously injured when a vehicle she was in was struck by a car driven by former assistant coach Britt Reid.

The agreement between the Chiefs and the family of Ariel Young will provide her with "world-class medical care and long-term financial stability," according to a statement Friday from the team's legal representative and the family's attorney, Tom Porto.

The agreement was reached after several months of discussions between the Chiefs, Ariel Young's family and medical experts. Other details were not released.

Ariel, who was 5 at the time, suffered a traumatic brain injury on Feb. 4 when Britt Reid's vehicle hit two stopped vehicles on an Interstate 435 entrance ramp near Arrowhead Stadium.

Ariel was hospitalized in critical condition for weeks before being released from the hospital April 2.

"Ariel's recovery is a long road, but she has made great strides and continues to improve every day," the statement said. Earlier this fall, she was able to attend her first day of school.

Reid, who is the son of Chiefs coach Andy Reid, has been charged with driving while intoxicated and is scheduled to go to trial April 18. Prosecutors have said his blood alcohol level was 0.113 about two hours after the crash. The legal limit is 0.08.

Reid has pleaded not guilty. He is allowed to drive after a device that tests a driver's blood alcohol level was installed on his vehicle.

The Chiefs placed him on administrative leave after the crash and allowed his contract to expire, ending his employment with the team.